The other day I laid out some answers to What Makes Authority Marketing Work and we discussed the viewpoints of three people that have written books on Selling to the Affluent, and that of Authority.  I chose them because of the titles of their books, and the fact that both Kennedy, Witty and Shelton are figures often in the limelight of our world.

Today I want to dive a bit deeper in the waters of How does one become an influencer and Authority in your particular niche. So, without any further delay, here’s my take on becoming an authority.

Have you ever gone to an event where the ticket was nothing to sneeze at, the house was packed, and your excitement level was high (anxiously waiting for the day to be at the event)?  More than likely, it’s because the person to be on stage was an authority on their subject.

That person could be an entertainer, famous politician, community leader, global statesperson. The entire crowd of attendees had their eyes and ears fixed on every word, gesture, stance, look, message. It’s that person people want their photo taken with, shake their hand, perhaps an autograph.

It was not about you at all. It was about them. They’re the celebrity, the person to whom everyone has come to see.

Why the Authority, why the notoriety? It’s because the name recognition alone has people looking and listening their way.  We recently got to meet some pretty incredible people. Steve Forbes (yeah, that Steve Forbes), and Ken Fisher of Fisher Investments.  Both of these men are significant figures in the world of money, both headliners, both known worldwide. It was all about them, not you or me.

It starts with a shift in your thinking. It’s about you, and how you show up.  Do you look the part of an authority? Sure, Sir Richard Branson can show up in old jeans and a t-shirt wherever he goes because he is Sir Richard Branson, a global figure of success in everything he touches. 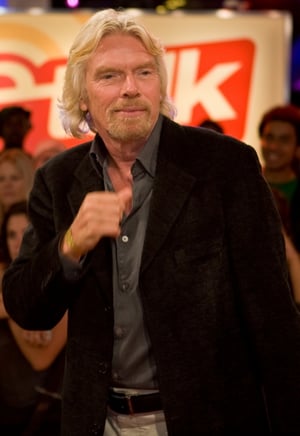 Because you are not him, dress the part of a professional. Your personal grooming is part of your brand and the brand of your company.  How about your actions? Again, people’s perception of you IS their reality.  If you are rude people pick up on it and word travels faster than a great internet connection.

Speak with confidence and certainty. People pay attention to someone confident and tend to immediately lose interest within the first 5 seconds of someone tedious, uncertain, or shy.  Break out of any shell that might be holding you back for the sake of your own status.

If your goal is to be an authority in your niche, some actions must be taken to enact such a climb to instant recognition. It might be in your local community, perhaps your state or region, country, or around the globe.  The world is your oyster, as the saying goes. But, what does that even mean?  One can find riches if one works hard to obtain it.

How does one open an oyster? A knife is forced into the split of the oyster and twist. The pearl inside is the fortune you seek. Now obviously, not every oyster contains a pearl, but the metaphor is still sound.  It is up to you to find what you seek and become who you wish to become.

Make a name for yourself, or forever linger in the wings waiting for your entry onto the stage and into the spotlight. People will pay attention to you if you have a message to which they can resonate.  But first, they must discover you.

One of the best ways to get started is to find an audience at which to speak. It might be your local Chamber of Commerce, civic organization, workshop, local event, or some other way to get in front of a crowd.  Each time you present, you are building a trust-bank.  Little deposits from each occasion build that trust and recognition.

Build on the occasion to garner some sort of press to mark the occasion. At least get a film clip and photos of you in action and begin to build a portfolio of your presentations.

Polish your presentation and find as many audiences as you can to deliver your message, and those that resonate with you will begin to pay attention to you.  Don’t expect everyone in the audience to become your tribe member, however. There are all sorts of people in the world, and there are all sorts of situations people are faced with at any point in time.

Have a professionally crafted Speaker Reel available to assure you get a consistent brand message to the crowd.  Hosts of the event have your bio from which to read if they can remember to have it on hand at the right time.  The problem often is that they wing it, giving you less than the introduction you had hoped for.  The video removes all doubt as to who you are and why you should be listened to. Build your credibility and share your message repeatedly.  Write a press release for every event where you plan to present.

A sure-fire way to attract notoriety and recognition is to use the world’s most excellent business card. 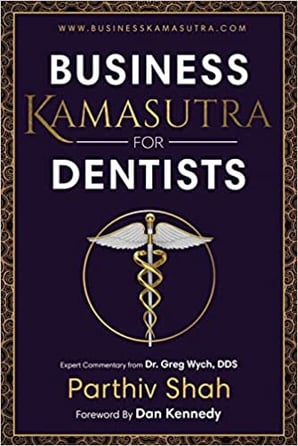 Write a book.  Share it wherever you can.  If you are calling on a potential client, bring two copies to share free of charge. If there is any doubt as to why select you for the project, hey, you wrote the book on the subject. You’re the presumed expert just by having a book on the topic that is meaningful to the situation.

As much as I’d like, Parthiv Shah is not a household name even though I have written several books. However, I do have video clips with celebrities in my industry as well as a bank of photos, elevating my status. That’s Authority by proxy if you will. Because I  shared the stage with the likes of Dan Kennedy says something even though if only within our group. With those videos and photos, all doubt is removed as to why someone should listen to my message. Trust begins to form before I open my mouth.

Everyone has an opinion of everything in the universe. You hear it in the voices of politicians, clergy, the citizenry, and most businesspeople. “I stand for blah, blah, blah.” They all tend to sound alike.  Sure, you should have a position on matters within your niche. Stand for or against something of note. 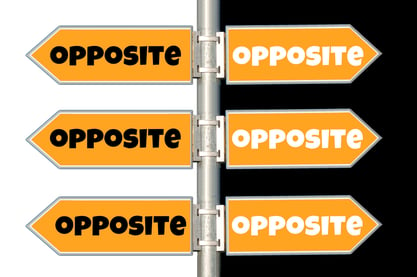 Taking a counter-position is also a great way to garner attention.  David Fagan, former CEO of Guerilla Marketing and Founder of Icon Builder Media and author of the Icon Code grew from having worked with Jay Conrad Levinson fame into national status because he took a stand against paying for his children to go to college. His belief was so strong that like he did, his children must make their own way in this world, and if they want to go to university, they will have to begin saving for it.

Local news media picked up on it, the local NBC, CBS, or ABC (I forget which one) got picked up by national, and before he knew it, he was on every daytime talk show being interviewed. Authority in entrepreneurship.  That was what he was really instilling in his children – entrepreneurship, but he used an opposing and poignant touchstone to become noticed.

You might remember David due to his service with the Icon Academy young entrepreneurs training, along with the young Inner Circle training done at Super Conference and Info Summit with GKIC.

I could go on an on about this topic, but I think you have a good idea what to do to nudge your status a little further up the hill to celebrity and authority status.

I’ll address the topic of Authority every now and again, so don’t think this is the final word from me on it.