The Price of Negligence 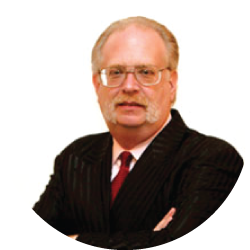 In my relentless search for I don't know what, I found an article in the December 1, 2008 edition of Nation's Restaurant News, the trade journal of the restaurant industry, headlined: "Operators Bank On Profit And Loss Scrutiny To Stay Afloat." It made me laugh out loud. The article states that "maximizing the profit and loss statement has become a mantra for restaurant operators during the current economic downturn."

This is then presented as some sort of horrific torture imposed on the owners by a vicious economy. What is not said, but should be, is that maximizing profit shouldn't be paid attention to only after dire economic conditions occur, to be given temporary priority, only until 'things get better.' It's supposed to be what anybody responsible for operating a business does everyday. Including what's then described in the article: ferreting out and cutting wasteful spending, controlling labor and administrative costs; creating products, offers and price propositions customers really want. Any business owner complaining about having to attend to these priorities because of a recession is a moron, and any trade-journal writer taking them seriously is dumber than a sandbox.

But this is why so many businesses fail. When you turn on the news to see insurance giants exposed as valueless houses of cards, venerable auto companies as manufacturers of nothing but debt, retail and restaurant chains announcing massive store closings, make no mistake: their managements can point their fingers at the recession all they like, but it's a lie. All the tough economy has done is expose the failures of the people at the helms. Businesses never fail. People fail to run them profitably. Much of that is pure and simple negligence.

To be clear, negligence is, by definition, the failure to act with the care a prudent person would exercise. So, when Mort Zuckerman loses 30-million or 300-million of his charity's dollars by having it all invested with Bernie Madoff for three years, claiming he didn't even know the money was invested there by somebody he delegated its management to, he is obviously negligent. If you leave a rake pointy side up on your front porch steps, with the lights burnt out, and the pizza delivery guy steps on it and falls and breaks his leg, you are negligent, will be successfully sued, and see your insurance rates go up. There is a price for negligence, and there's supposed to be.

In business, failure to closely and constantly monitor all the important numbers and benchmarks and predictive indicators (as detailed in Chapter 43 of my book 'No B.S.Ruthless Management of People and Profits') is negligence of the highest order. Its bill may go unnoticed in boom times when money flows easily and everyone does well, but when the warm breezes change to bitter cold wind, and the accumulated tab for such negligence is presented and payment demanded, much pain occurs, much hand-wringing and whining and crying about the mean 'n nasty recession is heard, and fools commiserate with each other, sharing the misery of their own sins of negligence.

If you own a business, by gum, run the darned thing. Maximize profits every way you can, and never stop trying to find new and better ways to do so, from every valid source of input, ideas and information you can get your hands on or get connected with. At day's end, ask: what do I know now (about maximizing profits) that I didn't know this morning? And: what am I going to do tomorrow as a result of what I've learned?

Anything less is negligence.

Need help sorting out your strategy to stay on top of your numbers?