Gunfighters Who Shoot From the Hip...Die!

I’m a data scientist.  Now before you roll your eyes and stop reading, stick with me because this is critical to the continued success of your business.

Whether you decide to work with me or not, you MUST understand something if you want to continue to grow and prosper…

Your gut feelings may have gotten you here, but they won’t take you where you want to go.

Shooting from the hip might be glamorized in pop culture, but it will get you killed in the jungle that is the business world.

I get it, who doesn’t love the dysfunctional genius who does what (s)he does so well that nothing else matters.

No problem because he was an INCREDIBLE gunslinger and loyal as a golden retriever.

But he’s not the only character in movies or on TV who suggests that a single talent can make you a hero...

What about Dr. House, played by Hugh Laurie.

If you’ve never seen the show, House is an obnoxious, prickly, mean doctor who abuses painkillers because of an accident that left him partially paralyzed in one of his legs.

To put it plainly he’s a jerk.  And he’s reckless with legal issues and contemptuous of authority at the hospital he works at.

However is is such an amazing doctor that the hospital can’t get rid of him.  He knows more about internal medicine that anyone else on the staff or, seemingly, anyone in the world.

The savant who is so good that no one cares about his shortcomings.

We see this character again and again in modern literature and on TV and in the movies.

The hotshot, second to none trial attorney who has a talent for convincing juries that they should vote to set his client free.

His mastery of prose and speaking ability, week after week, saves his butt - or that of his clients, from almost certain doom.

Even though he has taken cases for people who were using the law firm he worked at, come up against the partners over and over again, and generally caused chaos…

They can’t fire him because he is just too good.

As much fun as it is to think that we can just work off of instinct - like these characters - the truth is that will only get you so far.

In real life, if you constantly follow your gut feelings, you will lose.

How do I know?

Well, because I have studied the best and brightest businessmen in our world today.

Bill Gates talks about metrics in his seminal work “Business at the Speed of Thought.”

Warren Buffet can outline precisely the metrics he looks at in a business to determine if he should invest.

Jeff Bezos is well known for using data to grow Amazon to the “Everything Store.”

If you want to stay a tiny business, by all means keep shooting from the hip.

However if you want to grow a business that will make you truly rich, you need to start gathering and periodically studying your metrics.

The good news is, today with computers and the Internet - studying your metrics is easier and more convenient than ever.

You have the ability to get virtually any metric about your business with the click of a mouse.

Of course, you have to set up the tracking systems, but frankly that’s pretty easy.

The tools and the process vary a bit depending on your specific business.  Variables like type of business, size, revenue, profit, etc will affect some of the choices you make, but at the end of the day it isn’t very complicated.

As far as what you want to monitor and how often…

Forget what you accountant tells you.  If you try and monitor your revenue and profitability every 3 months you’ll go broke!

You want to know your cost of lead and cost of sale (both in general and from each specific lead source), your revenue for yesterday - last week - last month - and last quarter and how each compares with the year before, your cost of fulfillment, your refund percentages - if applicable, and your gross and net profit numbers every day, week, and month.

In some cases it is forgivable to forgo daily numbers - if you are in a large transaction business and don’t make sales everyday.  But you MUST know weekly numbers no matter what business you’re in.

As I said, these numbers are very easy to have at the click of a mouse, and setting up the systems rarely affect the operation of your business at all…

Assuming you set things up the right way.

If you would enjoy a chat to see what tools are available and their functionality, feel free to schedule a free 30 minute phone call with me below.

I suspect I am one of the top 5 or 6 people in the world to help you set up the technology you need to efficiently and accurately  track these stats.

I look forward to talking soon

Thank you for your interest. In this blog, we share what we learned from our reading and our experience. We publish two articles a week. Our blog editor Stacey Riska reads, researches and interview industry experts to write these articles. We also get articles contributed by others that Stacey publishes periodically to this blog. If you have a blog idea or blog article, kindly send it to sriska@elaunchers.com for review.

If you like what you see, I would like to meet with you and share what I know that can possibly help you grow your business.

What if we get together and do some work ON your business
BEFORE you invest any more money on marketing ANYWHERE?

Let's Meet Online and Map Out A Plan

If you click on this button and schedule a call with me, I will work with you on your business in a 60 to 90 minute  session and help you map out your journey from your current state to your goal state. This session is a composite of principles I learned from Dan Kennedy's Magnetic Marketing, Hubspot's Inbound Marketing Methodology, Infusionsoft's Lifecycle Marketing Planner and Digital Marketer's Customer Value Optimization with Value Journey Canvas (CVO/VJC).

If I can grant ONE WISH in a FREE 20 minute consultation, what would you wish for? 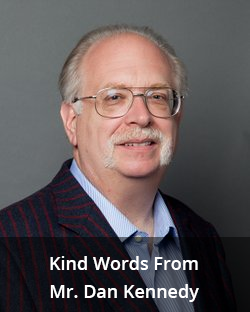