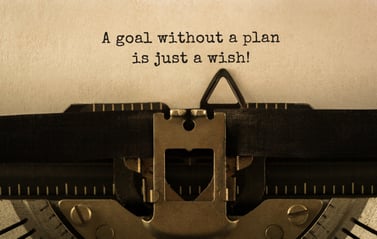 A surprising number of companies operate with no plan.

If you operate with no plan, you are proceeding in reliance on spontaneous, reactive, and even impromptu action—rather than on the basis of deliberate, considered approaches to the business. If what is to be done is not much thought about in advance, the opportunity for reflection, consideration and choosing the best way is quite limited. Without a plan, the benefits of plans—focus on priorities, assignment of responsibilities, accountability for results—cannot be realized. Enterprises with plans achieve greater and more frequent success than those that lack them. For as it has insightfully been said, failing to plan is planning to fail.

Not having a plan is a mistake.

Some companies actually have plans, but the plans are never written down.

A written plan is far superior to an unwritten plan. It has been said that until a plan is written down, it does not exist. The process of writing imposes a certain discipline and forces consideration of issues and their implications for the business. A written plan can facilitate communication to and by others. A plan that is written is more likely to be realized than a plan that is not.

Failing to express a plan in writing is a mistake.

Some companies have plans that are designed more to be shown to others than to be implemented.

Companies may put together a “business plan” whose primary purpose is to raise money rather than to guide operations. Preparing even a sham business plan—if it involves at least a little genuine thinking through of priorities and tasks, consideration of how different business issues are interrelated, and writing it all down—is certainly better than not having thought about these things at all. But a plan that is prepared but not applied is much less relevant, useful and valuable than one that is actually embraced, applied and implemented.

Plans that are for show and not for go are a mistake.


4 Plans for the Shelf, Not for Action

Preparing plans for the shelf rather than for implementation is a mistake. 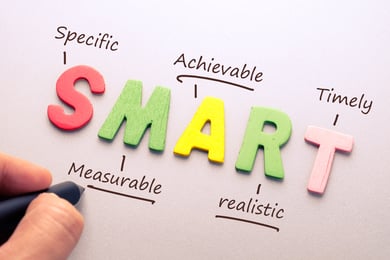 Plans and strategies are interrelated, but not the same thing.

The term strategic planning causes many to think that plans and strategy mean the same thing—or that if you address plans you have addressed strategy. Not so. Strategy theorist Henry Mintzberg points out that strategy is about ends and distinction, while planning is about the means and process.

Businesses need both strategies and plans. Strategies represent a higher level of thinking in relation to what the business is about and how it is going to get there. Planning is concerned with how strategies will be implemented. Strategy should come first, followed by the plan of how to implement the strategy. The output of the planning process is the plan that serves as the roadmap to guide implementation.

6 Plans Without a Strategy

Some companies have plans, but they have no strategy.

A plan without a strategy reflects a narrow, limited, lower level view of a business. If you have a plan without a strategy, you may get done what you set out to do, but it may not be the right thing. The strategy represents the conceptual connection of the enterprise’s mission, values and goals. The plan provides a more detailed road map of how to get from point A to point B.

A plan without a strategy is a mistake. 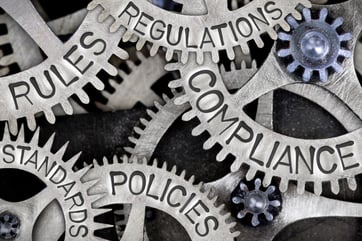 The difference between a successful and unsuccessful business enterprise is often  attributable to the commitment to, implementation of and consistent application of the policies that guide the enterprise’s decisions.

Research into what contributes most to superior stock performance has conclusively shown that policy decisions have a much greater impact on investment performance than does the analysis of a specific stock. Similarly, in a business setting the policy decisions that guide the enterprise’s direction and priorities exert much more impact upon ultimate business performance than does a single transaction. In practice, all too many enterprises operate without policies, or if they have policies, the policies are too often inappropriate or incomplete or inadequately articulated.

Lack of effective policies is a mistake.

Some companies approach decision making without considering the policy implications of those decisions.

Decisions made in a policy vacuum can be bad decisions. If you do not consider the
consequences of decisions upon larger concerns and priorities, you may make a very different decision than you would had you considered such consequences. Recognizing the importance of policies to guide decisions, institutional investors manage their portfolios in the context of particular investment policies. Without an appropriate investment policy, it is all too easy to end up in a situation—as has happened with more than a few portfolios—where a collection of individual decisions resulted in a basket of investments that collectively reflected a much worse outcome than had an investment policy been adhered to. In this case the whole was much worse than the sum of the parts.

Failing to consider the policy implications of decisions is a mistake.

There is a saying that it doesn’t do much good to close the barn door after the horses have run away. The same thing applies in business strategy.

All too often, companies put in place policies that are intended to solve yesterday’s
problem. The high-profile issue commands attention. People insist something be done. So management puts in place a policy that is intended to address that issue. The trouble with this approach is that the next problem is unlikely to be the same as the last problem. The company should be thinking ahead to design and implement policies for the future, not the past.

It is a mistake to put in place a policy to address yesterday’s problem.

Companies that do not maintain consistent policies do so at their peril.

In one instance, a company insisted that it could not track critical cost information to provide what a certain customer wished to know. Yet that same company, in another customer relationship, had committed to and was in fact tracking the same critical cost information. Understandably, the first customer was unhappy when it found out that the company was in fact contractually committed to do, and was actually doing, what it claimed it could not do.

To represent that you cannot do for one customer what you in fact are doing for another is a mistake.

11 Lack of a Specific Business Goal

If you are going to be in business, you had better be clear about your destination.

If you proceed in any direction without a specific business goal, you may get to just any destination. The destination you get to may or may not be the destination you really want.
Lacking clarity as to your end destination, you have no way of making the myriad
decisions you will encounter along the way.

To lack a clear idea of your end destination can be a mistake.


12 Unmeasurable Business Goals
As important as goals are, if they cannot be measured, it is difficult to know whether you have achieved the desired outcome.

Business goals that can be measured are much more powerful than those that cannot.
Fortunately, virtually every goal can be measured. Even qualitative considerations, such as “customer satisfaction” or “leading supplier in XYZ market” or “most respected company,” are susceptible to measurement. Lacking measurable business goals, the prospects of achieving the desired outcome are compromised.

To fail to establish measurable business goals can be a mistake.

Stay Tuned!! we will talk about 4 Business Strategy Mistakes on "Strategy".